Let’s start the Jaxx wallet review with the definition of Jaxx wallet, its features, pros and cons, and how it is booming compared to other desktop wallets.

Jaxx is a well-known multi-currency wallet that is designed to operate on different operating systems such as Windows, Apple and Linux desktop, Android and iOS mobile and tablet, Google Chrome, and Firefox extensions.

A great advantage of using Jaxx wallet is that it stores private keys directly on devices and prevents accessing of funds from a third party. The Jaxx wallet supports seven different cryptocurrencies and is in the lead for offering various features such as the pairing of coins, the client-side security practice, easy-to-use interface, amazing design, native camera scanning, ease-of-switch between stored coins, master seed backup, and many more.

We shall take a deeper look at Jaxx and understand how it has ranked high on the list of well-known wallets.

Jaxx is a mobile or a desktop wallet with beautiful and minimalist black background and a user-friendly interface. The setup of Jaxx is easy and ongoing use helps users to easily switch between currencies, send and receive money, enter addresses, and scan QR codes.

Users can send or receive cryptocurrencies through Jaxx in simple steps. To send, click “send” button and either entering receivers address or scanning the QR code. Similarly, to receive credits, users can just copy the address or scan the QR code of a sender.

The “menu” button on the top right corner of Jaxx website offers the following advanced features: 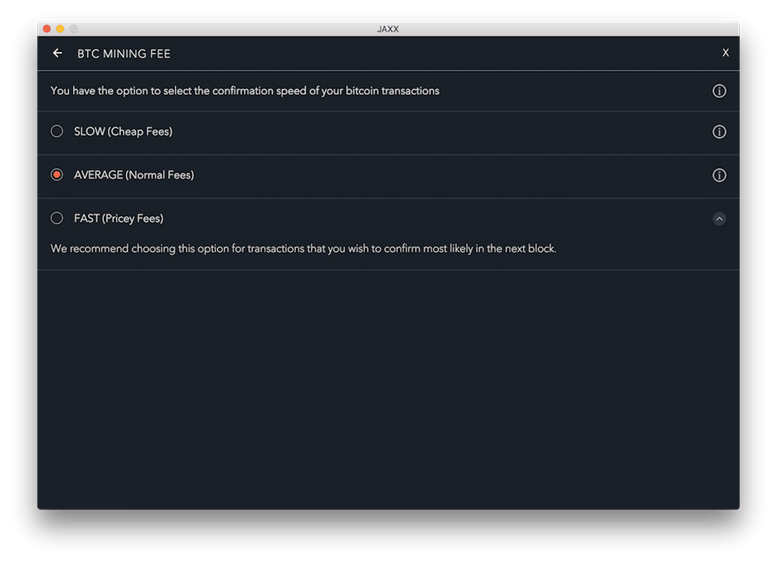 Jaxx not only supports bitcoins but also a wide variety of major altcoins such as Litecoin, Ethereum (ETH and ETC), Dash, Augur (REP), Zcash (ZEC) and RSK. “Wallets” under “Menu” gives an option to users to choose currencies that they wish to have in a Jaxx wallet. 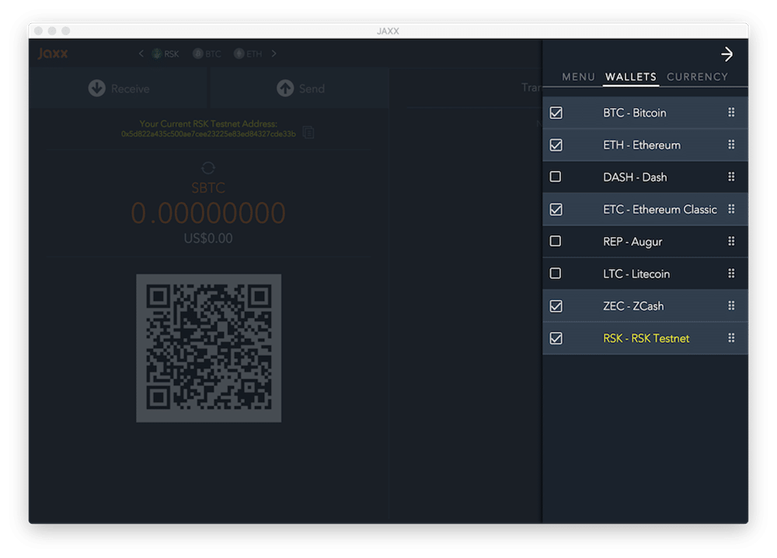 ShapeShift is a leading exchange service that converts one type of cryptocurrency to another and is one of the excellent features, which is inbuilt with Jaxx and is not available in any other wallets. An in-app conversion Jaxx allows users to convert all currencies that Jaxx supports. For example, a user can exchange bitcoin for ETH from within the app. To perform this, click “fox” icon in the app and enter the desired amount required to exchange. 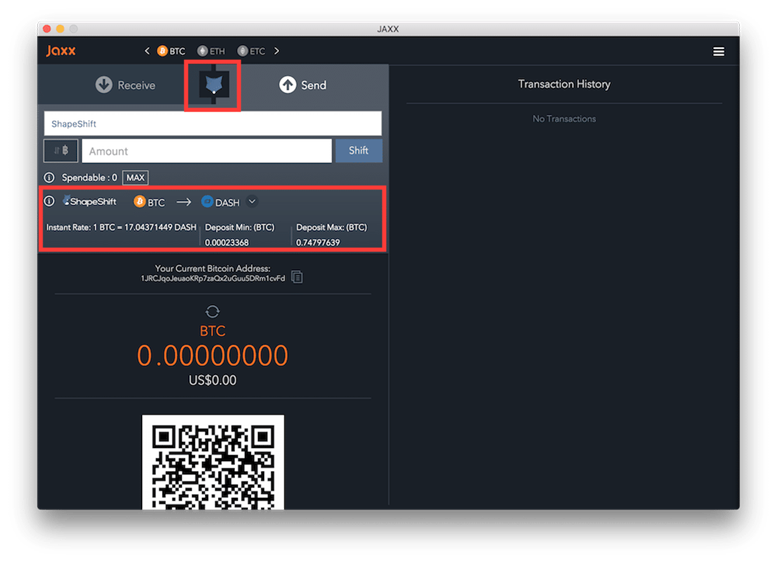 Similar to many other cryptocurrency wallets, Jaxx also employs robust security practices that are designed to ensure that user’s funds are safe always. Another greater advantage associated with the Jaxx is that the wallet stores private keys directly on user devices, which makes it impossible for a third party to remotely access these funds.

Besides this, Jaxx wallet automatically generates a mnemonic seed, which can be used as a backup for an account. Users can save this seed and use it appropriately if necessary.

Jaxx wallet provides clear and simple security practices making it easy for users to understand their method of processing and securing coins. Not surprisingly, vulnerabilities may exist, but user funds are always safe and various bugs on the Jaxx is reducing the performance of the website and providing unpleasant experience to users.

In 2017, the Jaxx’s security team diligently handled an issue when $400,000 was stolen. This could have raised concerns about security measures of the company by many users, yet the company has not implemented any fix yet. Based on theories, this could be due to users fault as wallet companies are not held responsible if a user sets a very easy password that can be hacked by others.

Additionally, Jaxx is known as Hierarchical Deterministic (HD) wallet, which means that a new and continuous address of the wallet is created for each receive-transaction based on master-private-key. This master-private-key can be developed using a randomly created 12-word-phrase. As a result, a receiver cannot trace either the transaction or a profile of a sender.

Accessibility of coins in Jaxx is extremely easy compared to other wallets. With simple login details and selecting the desired currency to either make or receive a payment, Jaxx supports and provides quick conversion between bitcoin, Ethereum, and more. With the best supportive team on board, Jaxx Company has proven to be transparent and anyone who wants to reach them can contact via email, chat, or any social media channels like Twitter or Reddit. Any issues or problems due to bugs are handled promptly and quickly by this team.

To enhance the convenience for users, Jaxx is available to use on different operating system platforms and also as a mobile app. The team of Jaxx is working to release the hardware version of the wallet soon to make the coin storage extremely secured as hardware wallets are impenetrable.

Additionally, Jaxx is not an open source, but developers have designed the website in such a way that the source code is freely available for anyone who wished to review it. Support for this software wallet is performed through a ticketing system and a set of FAQs are provided to help users to solve their queries on own.

Based on the features discussed above, Jaxx wallet is well-accepted and is used as a hot wallet by many cryptocurrency traders. Multi-currency support, great security features and attractive design of Jaxx are impelling users to start using it and also there are no negative reviews from the last 3 months. Given the fact that Jaxx is similar to Exodus, Jaxx provides both mobile and desktop version of wallets, whereas Exodus is a great desktop wallet. A software wallet, Jaxx can be used to store a smaller amount of coins and for larger amounts always use hardware wallets. Jaxx allows parallel usage through device-pairing and is an excellent choice for users to store smaller amounts.